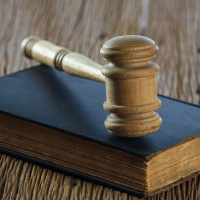 Evolution Process Service provides quality and professional nationwide process service. We are skilled in the service of process and have over 20 years experience serving legal documents. We offer flat rate pricing on all types of legal documents. With our fees, you know exactly what every service costs before you forward documents.
Learn more 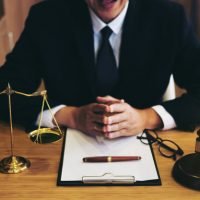 Here at Evolution Process Service, we offer complete in-house training for those who want to become a Process Server. Our requirements include a Smartphone, a reliable vehicle and a driver's license, flexible schedule, and a computer and printer. Good grammar and writing skills are a plus!
Learn more

Evolution Process Service is a USA based Process Serving Company. Evolution Process Service is consistently striving for excellence by improving the processes that we use in our everyday business. It is our goal to give each and every client the personal attention, professional service, and exceptional quality they have come to expect. We understand the needs of our clients, whether it is National process service, notary service, or retrieval of documents which is why we employ the most professional and experienced employees.

The documents that we serve include but are not limited to: subpoenas, evictions, divorce papers, foreclosures, and collections just to name a few. Our client list includes high-profile attorneys, financial corporations, and insurance companies. We can provide references upon request. No assignment is too small or too large for our company to handle.

Hiring a legal Process Server is an important step in proceeding with a court case. Many people decide to bypass private process service and send documents to the local sheriff for service. Although using a sheriff’s office for service can be less expensive and requires less research than finding a private process server, it is not necessarily as effective. As a leading nationwide process service company, we are knowledgeable of the legislation surrounding service of process. There are several requirements and constraints associated with serving legal documents. If the service is not performed in accordance with the law, this can hinder your case from going forward or result in the dismissal of your case.

Here at Evolution Process Service, we believe in empowering all of our clients with a clear understanding of the civil rules and laws related to our services.

We are extremely knowledgeable of the locations, hours, and protocol for state and federal courts.

The solution we offer makes good time-management sense and will free-up your staff to do other more cost-effective tasks.

 5/5
We have used many process service companies in the past and Evolution was BY FAR the BEST and most professional out of all the companies we have ever used. Fair, prompt and professional…the most important facets of any business. Very Impressed and Satisfied Customer!!
Aquire Restoration, Inc.
 5/5
Evolution Process Service did exactly what they said they would do and with a smile. I would recommend to anyone who needs service. Thumbs up!
James Webster
 5/5
I own a Detective Agency and Process Service Company in Miami, Florida. I was trying to locate and serve a individual in Indiana and had hire two other Process Service Companies which did not meet my objective and were unprofessional. The third company, Evolution Process Service LLC; got the job done within days and far…
Manny Silva
 5/5
What outstanding service. They waited hours and hours to serve a party. Others would have left....they stayed nearby and got the job done on a nasty rainy day. Thanks for your help and providing exceptional service. While I hope we don't need your services again, you have earned our future business.
JR Emerson
 5/5
I was shopping around looking for a Process Server when I came Evolution Process Service in my Google Search. After looking over their web page I gave them a call. They quoted me a great price (compared to others in the area). They were able to answer all my questions and gave me several ways to send them the papers that needed to be served. I emailed them my paper on a Friday and the following Monday I was paying the invoice because they had completed the job. Not only were they cheaper but they were faster than the last company and sheriffs office that I used before them. The sheriff's office did not even serve the papers but i still had to pay. I would highly suggest this company if you are looking to serve someone.
Nathaniel Matthews
 5/5
I’ve used Evolution Process Service several times, both in Indiana and Ohio. I had a client lately (I’m not an attorney) who filed a protective order and the court assigned service to the Hamilton County Sheriff’s office in Ohio. Instead of attempting service, the Sheriff Deputy called the guy to be served and said, “Where can we meet so I can serve you.” The guy hung up. What the...? I told the client to go back to court and have them assign it to an Evolution server (Sandy). Sandy got him served first attempt. Your local Deputy might be cheaper, but you’re not going to get the response time and success you will with the professionals at Evolution.
Nancy

Save More Time and Money!

Hiring professional Process Servers is an important step in proceeding with a court case. As a leading professional process service company, we are knowledgeable of the legislation surrounding service of process throughout the United States of America. There are several requirements associated with serving legal documents in the USA. If the process service is not performed in accordance with the law, this can hinder your case from going forward or result in the dismissal of your case.

It is important to know that hiring a Professional National Process Server is an important step in proceeding with a court case.  Nationwide Process servers have the skills and background to serve your legal papers in a timely and affordable manner and, more importantly, serve them in accordance with the local and state process serving laws.

There are several terms and constraints associated with the rules of service of process. In some states, you cannot serve on Sundays or holidays. Some places do not allow papers to be served on a person traveling to court. It is also very important to note that papers cannot be served by someone who is involved in the case or legal proceeding. If a serve is not done in accordance with these laws, this can delay your case from going forward or result in the dismissal of your case. Improper service also delays obtainment of evidence, which can cause injunctions, court fees, and attorney’s fees. If you are serious about your case, you want the papers to be served properly. Paying a professional process server a nominal fee can save your case.

Our standard for process service is above the rest and our National process servers conduct themselves with the highest level of professionalism and reliability. Our management team personally trains all new process servers, regardless of their level of experience, in the methodology and standards that Evolution Process Service requires.

Evolution National Process Service guarantees all its servers’ reliability through a complete background check, a stringent interview process, and they must sign a contract certifying that they will abide by our standards of ethics.